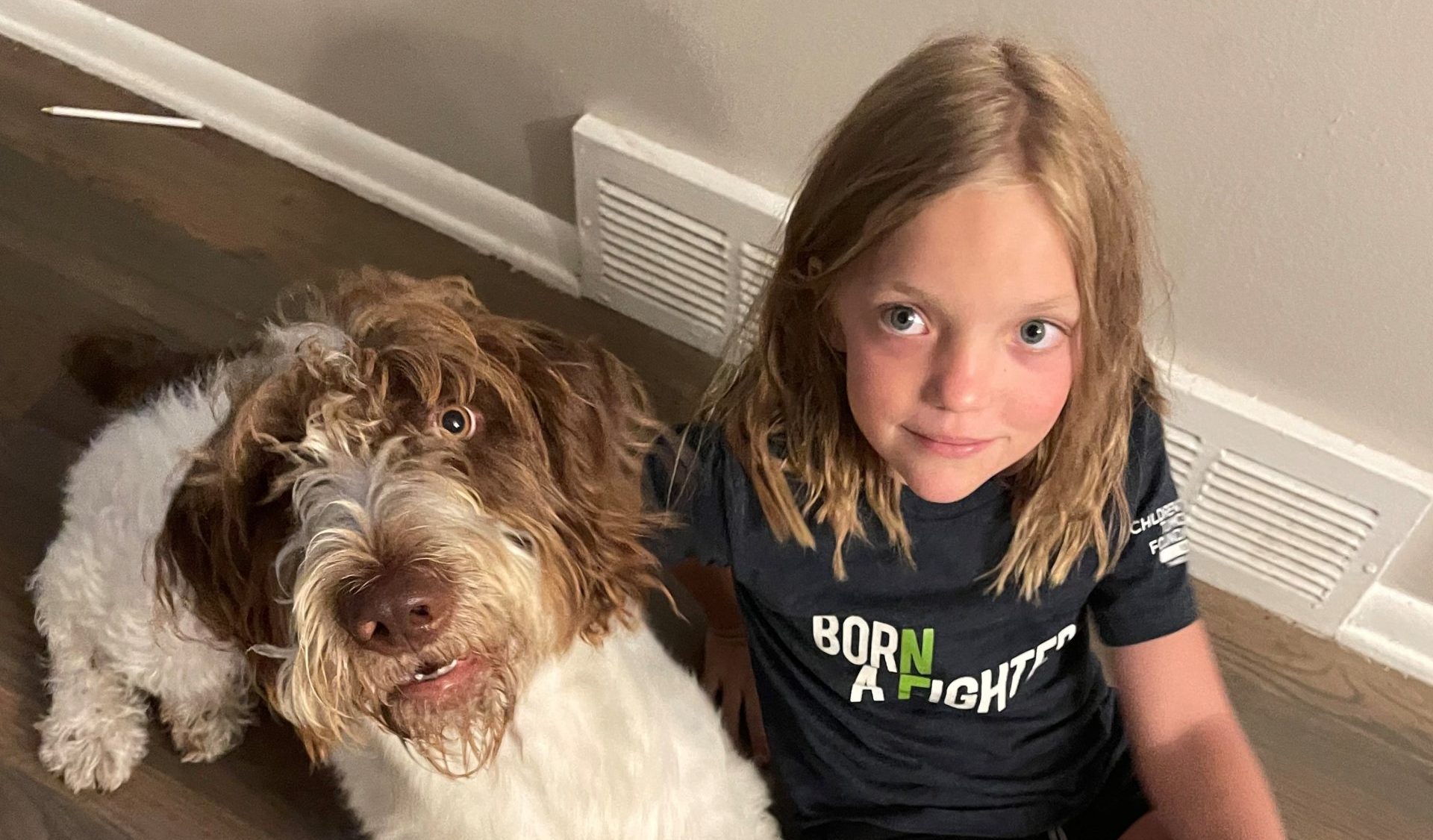 Meet the Family: Maggie and Pretzel

When eight-year-old Maggie was born, her parents and doctors thought she was a typical little girl. But early on, her mom noticed she had a bigger head than normal and struggled to meet milestones. Their pediatrician reassured her that Maggie was healthy, and she convinced herself that everything was normal. When Maggie got older, things got complicated, so her parents, Elizabeth and Stewart, started looking for answers.

It wasn’t until Maggie was six and they were quarantining during the pandemic that they realized the symptoms that Maggie exhibited didn’t match up with her numerous diagnoses. As they started researching more, they learned about a condition called Neurofibromatosis (NF).

NF can be difficult to diagnose because it manifests differently in everyone. Once they learned of the condition, they brought Maggie to see an ophthalmologist who found Lisch nodules on Maggie’s eyes. Just as Elizabeth and Stewart had suspected, Maggie had NF1.

Symptoms of NF1 do not ordinarily manifest right away. But in Maggie’s case, things got bad quickly. They soon discovered a Neurofibroma tumor on her scalp that needed removal. A year later, she developed another tumor, but this time it was on her spine and would require intense surgery.

Elizabeth and Stewart were already very worried for their daughter, so when their beloved dog passed away just two days before Maggie’s surgery, the situation became harder to cope with. “After that, there was just a lot of darkness in the house,” Elizabeth said.

Maggie’s surgery was successful, but part of the tumor couldn’t be removed because of where it sat on her spine. To keep it from growing back, Maggie had to undergo chemotherapy. During this time, Elizabeth, who is a teacher, talked to another parent about how Maggie was doing. She mentioned the passing of their family dog, and that’s when her friend introduced her to The Stink Bug Project.

Immediately, Elizabeth knew this would be a good fit. Having a dog would bring joy back to their home and help Maggie through chemo. They reached out to RMCHF, and just a few months later, the family welcomed Pretzel into the family, just in time for the holidays.

“Getting Pretzel is an example of the best things in life happening at the worst time,” Elizabeth said. “We really needed a positive distraction.” 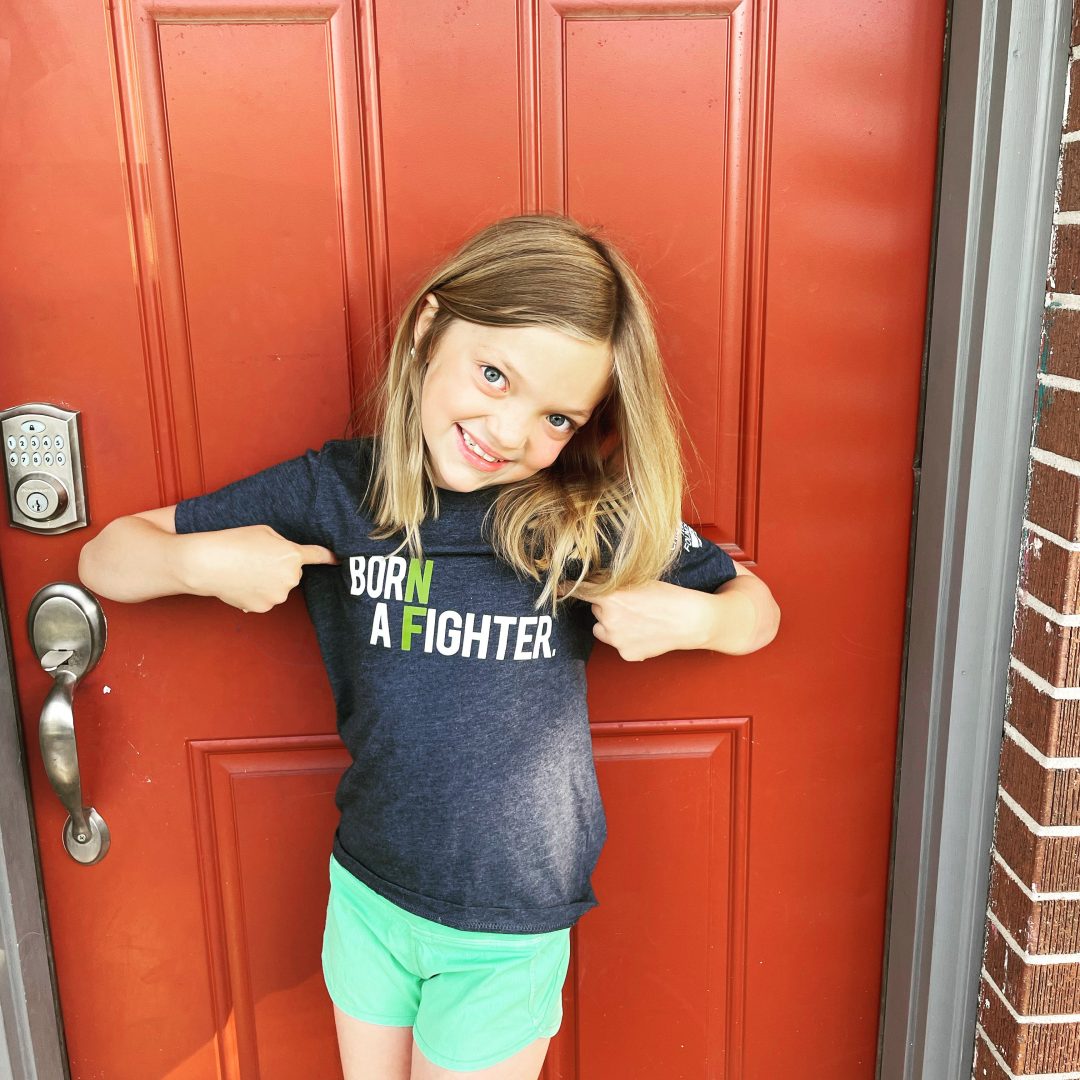 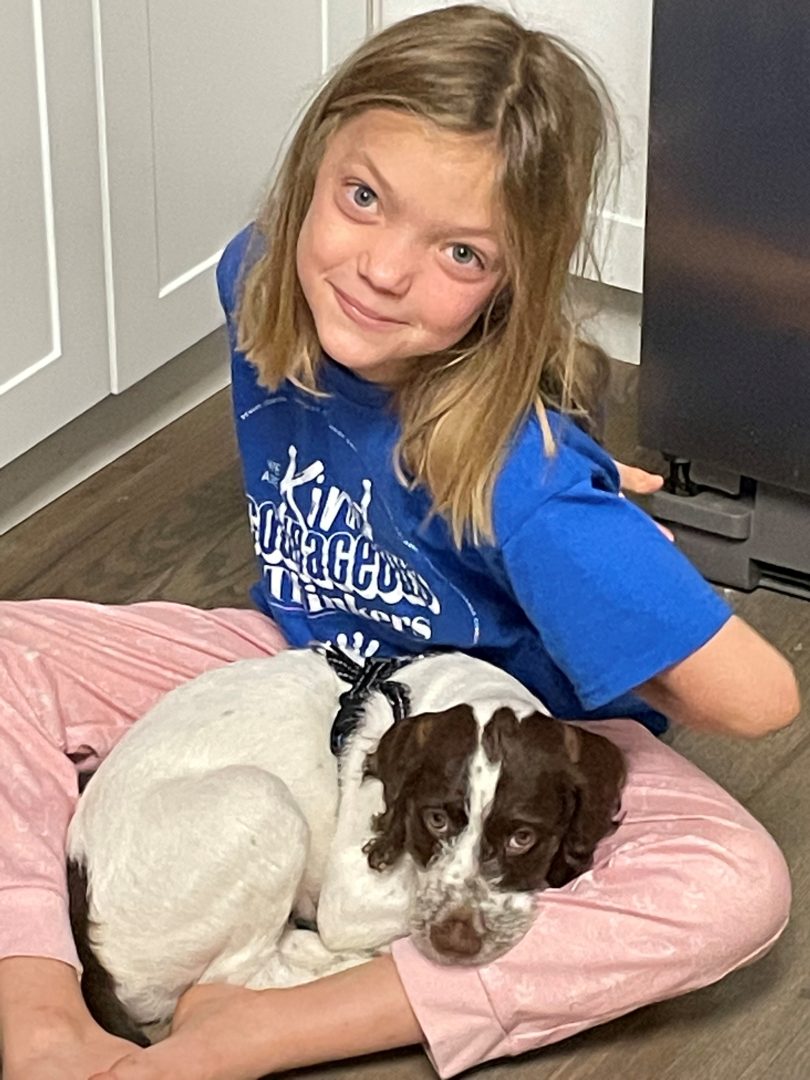 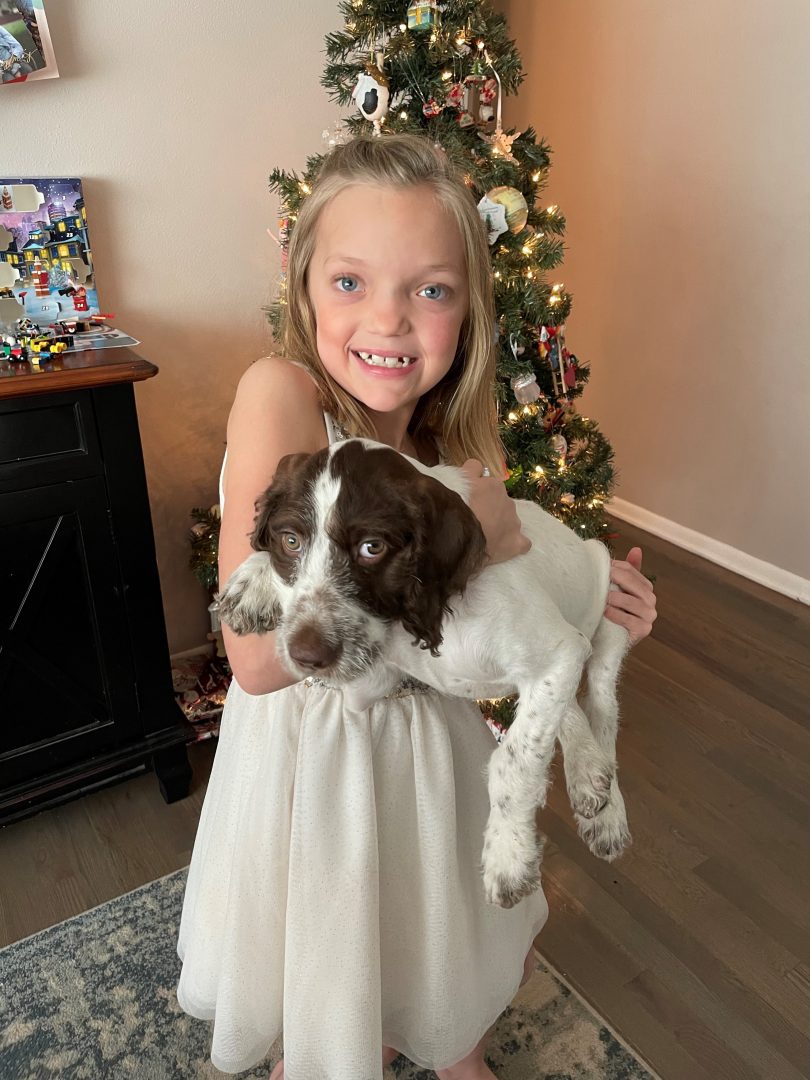 Pretzel helped the family focus on what really mattered. He motivated them to go on walks together, to visit parks, and just spend time together as a family. By keeping them busy, he kept them from sitting and worrying all day and helped them keep spirits high. Even more than that, getting a Stink Bug Project dog made them feel like part of a community.

“I have an overwhelming desire to say thank you for not making us feel alone and recognizing the need to support families in a variety of ways.”

Elizabeth said her family felt seen and heard, all because our Stink Bug community was there to support them when it mattered most.

It’s thanks to the generosity of RMCHF’s donors that Pretzel was able to go through CCI’s K9 training program, readying him for life with a family like Maggie’s. As a result, Pretzel has made an incredible impact on Maggie, helping her cope with the challenges she faces with her treatment.

“Maggie is as Maggie as she’s ever been.” Elizabeth shares. “Before, the house was so quiet, and now there is a lot more giggling and a lot of joy.”