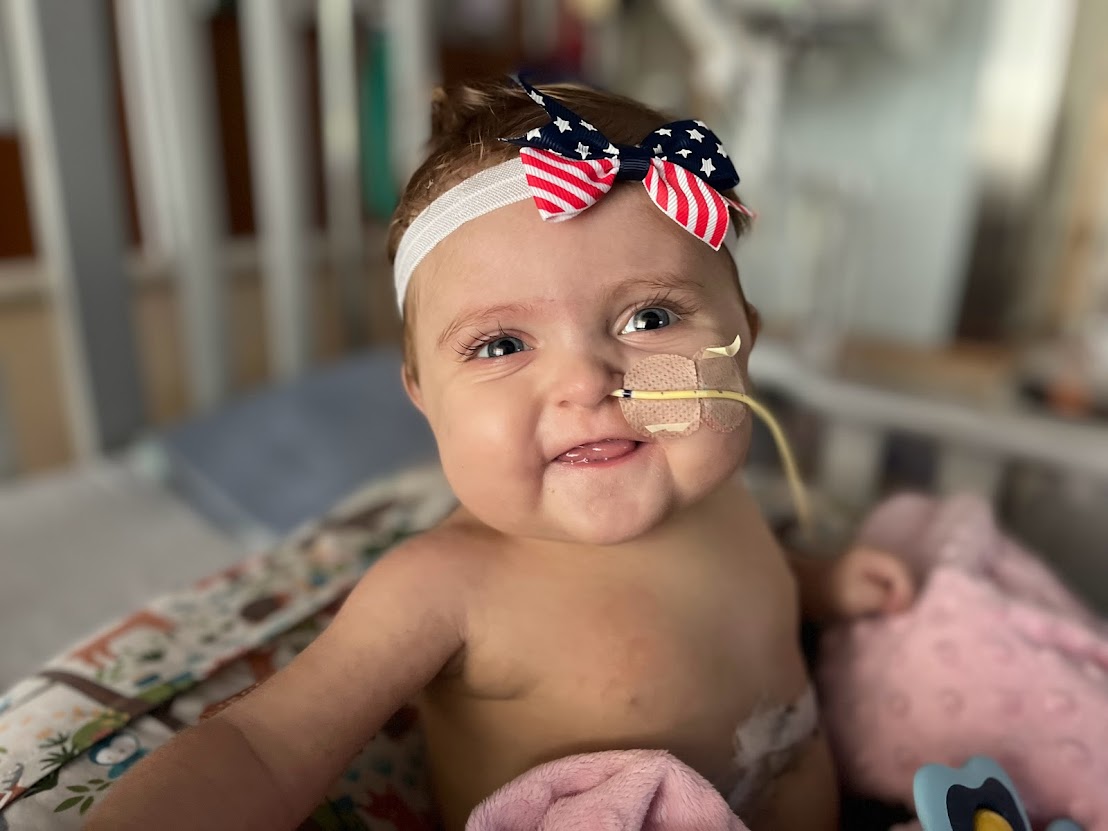 When Audrey was born, she had jaundice, which is common, so her doctors sent them home, figuring she would get better. But by the time she was three months old, she was very yellow, both all over her body and in her eyes. Her pediatricians were concerned that instead of getting better, it was getting worse.

They began running tests and did an ultrasound of little Audrey’s liver. Within 24 hours, they were admitted to the ER. Their miracle baby had a severe case of biliary atresia, which meant she had underdeveloped bile ducts and her liver was failing. Usually, when babies are diagnosed with biliary atresia, there are treatment options to assist the liver in draining bile. But, because of how late they discovered Audrey’s case, her liver was severely damaged, and it was long past time for any other treatment; Audrey needed a new liver, and fast.

They put Audrey on a donor list right away, and John and Karin immediately offered themselves as living donors for their baby. Karin was ineligible because she had recently given birth, so they urgently started a series of tests on John. Luckily, he was healthy enough to be a living donor. After a complex set of imaging to ensure his liver would match with Audrey’s, John and Karin finally had some relief: John’s liver was a perfect match.

Because of the fluid that was building up in Audrey’s abdomen, she was hospitalized in Tucson for a week before the family made their way to Colorado for the transplant. John underwent surgery to remove 35% of his liver, while Audrey’s liver was removed and replaced with her father’s.

“I’ve never felt so vulnerable and helpless,” John says. “When you are watching your kid be so close to death so many times, you just want to do anything you can to help them.”

The surgery was a success, but the family still had to wait to see if Audrey’s body would reject the new liver. It was causing bile to build up in her abdomen, and they had to place a series of drains to keep it from happening again. Throughout the entire journey, Audrey underwent 15 surgeries and was under anesthesia 17 times. But in the end, she finally had a liver that could grow and function.

Throughout this journey, Audrey and her family spent over 80 days in the hospital, and it started taking a toll on their finances. They blew through funding they received from another organization and used all the PTO and savings they had. Since Audrey needed round-the-clock care, Karin took a year-long leave of absence from work. John, a school administrator, had also taken a short leave to be there for his daughter and undergo his own surgery. Their income was nonexistent, and their bills were starting to add up. Desperate, John went to their family health navigator, who connected them with Rocky Mountain Children’s Health Foundation. 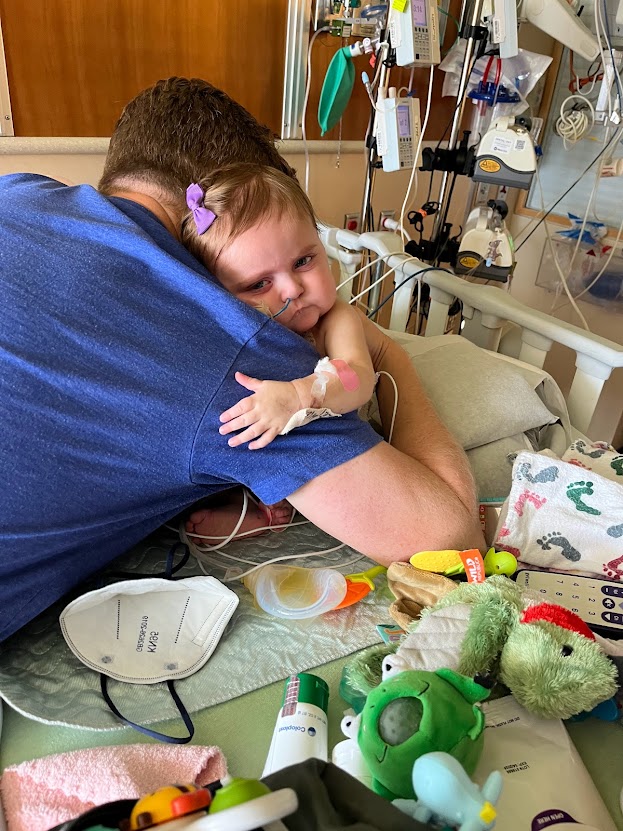 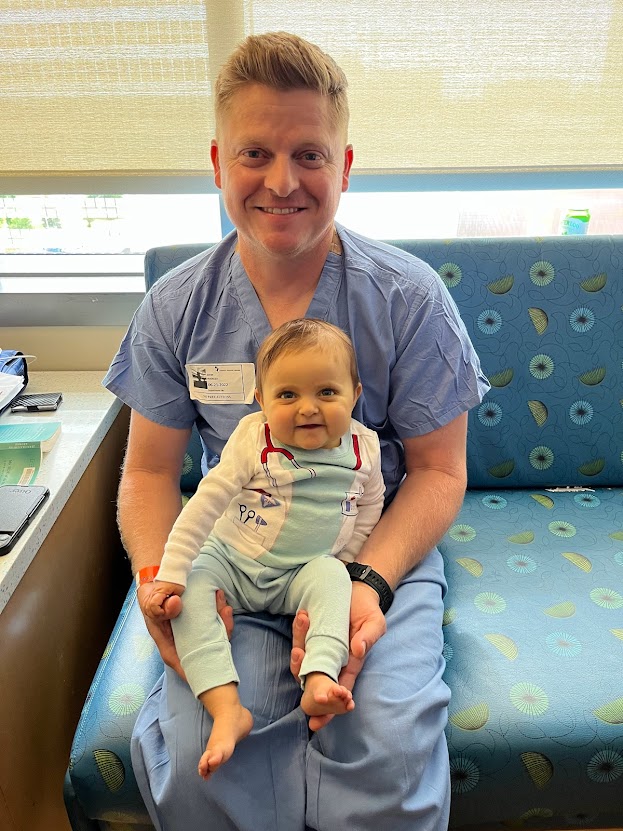 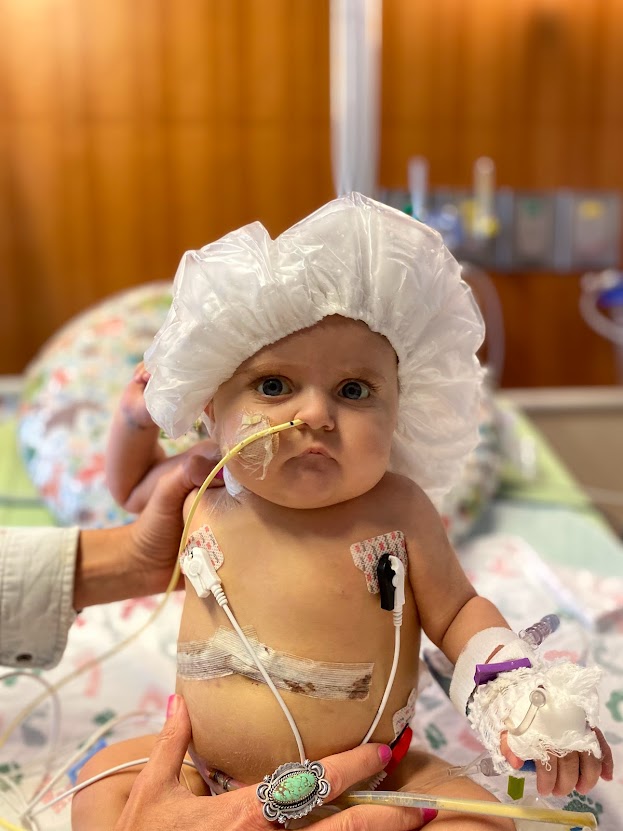 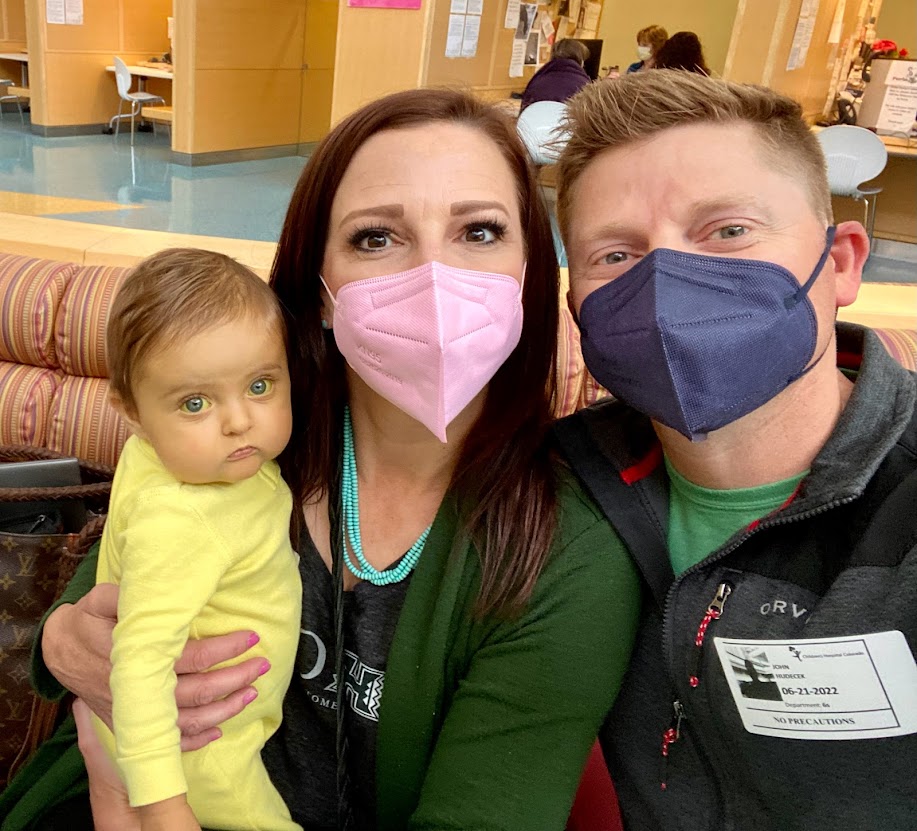 Thanks to our generous community, RMCHF covered their mortgage payment. After one of the darkest moments in their lives, knowing they had a home to go home to made all the difference.

“It’s my job to help people,” John says. “It’s what I do for work, it’s what I do in my free time, and I’m a little prideful when it comes to asking for help, even though I tell people it’s ok to ask. This whole process has been so humbling and has helped renew my sense of hope in humanity.”

While Audrey still has a long road ahead and will be on certain medications for the rest of her life, the family was able to return home, where they will celebrate Audrey’s first birthday in November.

“I want people to know that their generosity is more than a dollar amount or a sacrifice of money,” John says. “They are restoring hope for families in their darkest moments. It’s more than a tax-write off or a warm fuzzy feeling. You are truly giving hope.”